Devex: Statistical support gets a rethink with new finance clearinghouse 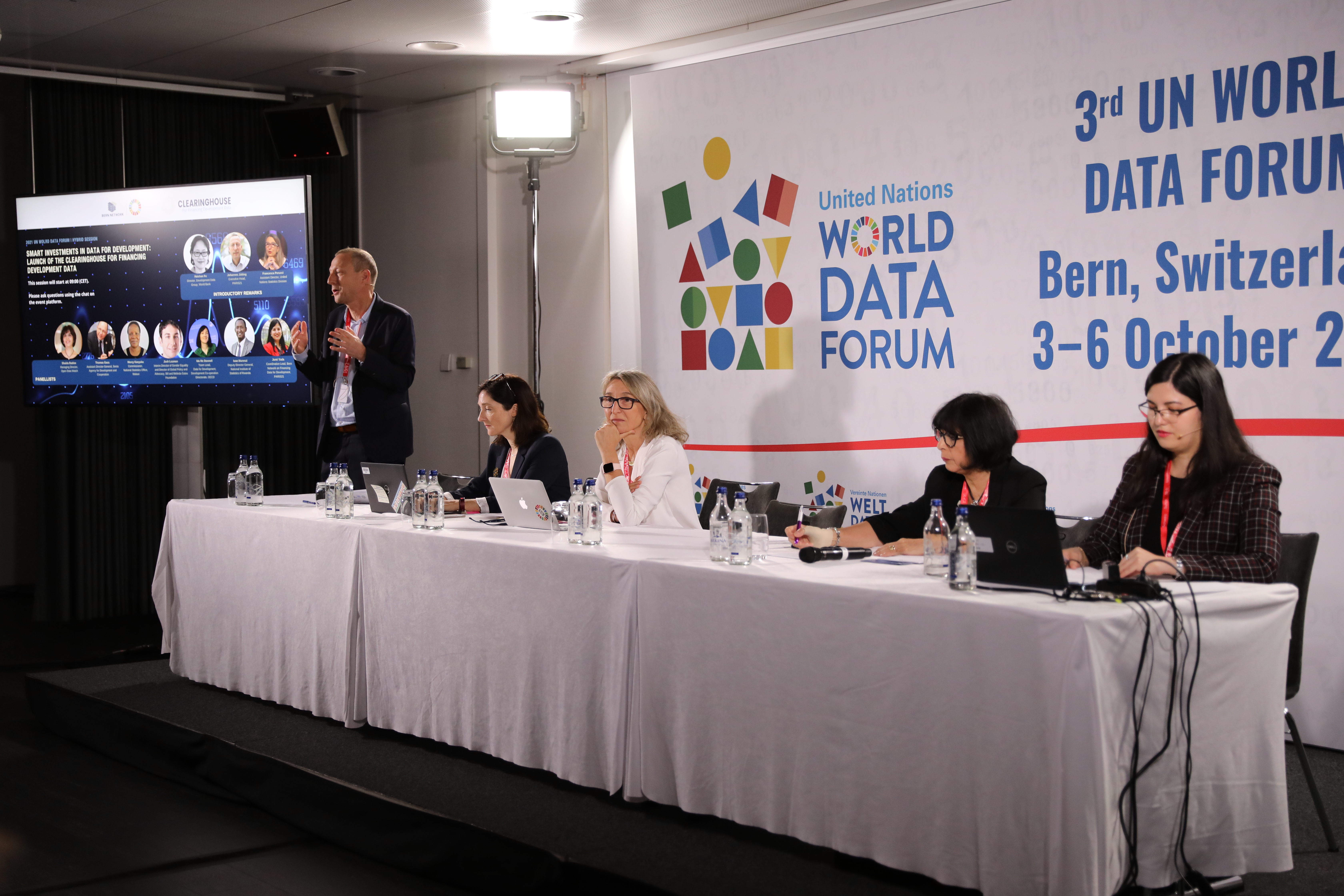 Global funding commitments for data and statistics haven’t matched the surge in data demand spurred by the COVID-19 pandemic. Stagnant funding is one driver behind the launch of a new platform to create a transparent marketplace of data projects and interested investors.

The Clearinghouse for Financing Development Data, launched this week at the United Nations World Data Forum, will provide information on existing data-related projects, funders, and aid recipients to help match the supply and demand for statistical support, as well as target aid to sectors and regions with the greatest data needs.

The platform is a contribution to solving a well-recognized problem voiced by both donor and recipient countries, explained Johannes Jütting, executive head of the Partnership in Statistics for Development in the 21st Century, or PARIS21.

“The main idea of the clearinghouse is transparency — like painting a picture of what’s going on today — and offering with this new opportunities for donors to invest,” Jütting told Devex at the World Data Forum in Switzerland this week. At the same time, it’s a way for recipient countries to mobilize their own domestic resources by tracking data initiatives in neighboring countries and using that information to lobby appropriate government ministers, Jütting explained.

It’s a promising idea in terms of facilitating smarter bilateral cooperation and support for independent statistical institutions, according to Bård Vegar Solhjell, director general of the Norwegian Agency for Development Cooperation.

“From the donor side, the level of funding is an issue of course,” Solhjell told Devex. “Data and statistics sounds boring. It’s easier to tell your voters that you’re supporting education than data … but the boring infrastructural stuff is important, even though it sounds bureaucratic.”

The multistakeholder clearinghouse, driven by the Bern Network on Financing Data for Development, is just one piece of a long-term effort to build greater trust, cooperation, and transparency within the data-for-development ecosystem, according to Francesca Perucci, assistant director of the U.N. Statistics Division.

“It’s not just a question of resources, it’s about rethinking the data value chain,” Perucci said. The official statistical system is based on established frameworks and agreed-upon standards that ensure quality, allow for comparability, and protect confidentiality. But Perucci urged that there is room to innovate and build trust before data is even collected in order to make good on the promise to leave no one behind.

“We don’t spend sufficient time on thinking what needs to be measured and how,” Perucci said. “When we talk about including the new groups — the ones that were left behind — I think that’s what we need to do. Because if you start thinking of the data disaggregation down the road, when you are already on the production side, you have already excluded them.”

A shift toward this kind of thinking will require humility on the part of governments, according to Aidan Eyakuze, executive director at Twaweza East Africa, which works to enable citizen agency and government responsiveness in Tanzania, Kenya, and Uganda. Census statistics, in particular, can become more sophisticated in understanding the needs of the people, Eyakuze said.

Census statistics grew out of an autocratic need to know who people were and where they were in order to manage them, he said. “It’s a very sort of undemocratic approach, and societies and contexts have changed,” added Eyakuze, who sees room for statistical rigor alongside a dedication to better understanding the unique contexts, desires, and aspirations of citizens.

“The humility part requires that governments actually rethink and communicate with citizens about what is important to them and why they should be counted, if at all, in a particular way,” he added.

Colombia’s National Administrative Department of Statistics, known by the Spanish acronym DANE, has already been working to transform the traditional, unidirectional practice of providing official statistics.

Data stewardship, or ensuring the fitness for purpose of data assets for the country’s citizens, is how the statistical community must consider their roles in the future, said DANE Director General Juan Daniel Oviedo. This will require pushback on the way that national statistical office independence is often interpreted, he added.

If a statistical office is not aware of the context under which it is producing information, “this is something that could make your information useless,” Oviedo told Devex. “We are not just producing numbers, we are providing services. The most effective way [for] us as national statistical offices to be conscious that we performed our role is that Indigenous people, for example, use this information in the conversations that they have with the government or with the international community.”

PARIS21’s Jütting sees the new finance clearinghouse as a resource for other statistical offices seeking to make similar shifts. “We hope to help develop the capacity and enable NSOs to get into this data stewardship role,” he said. 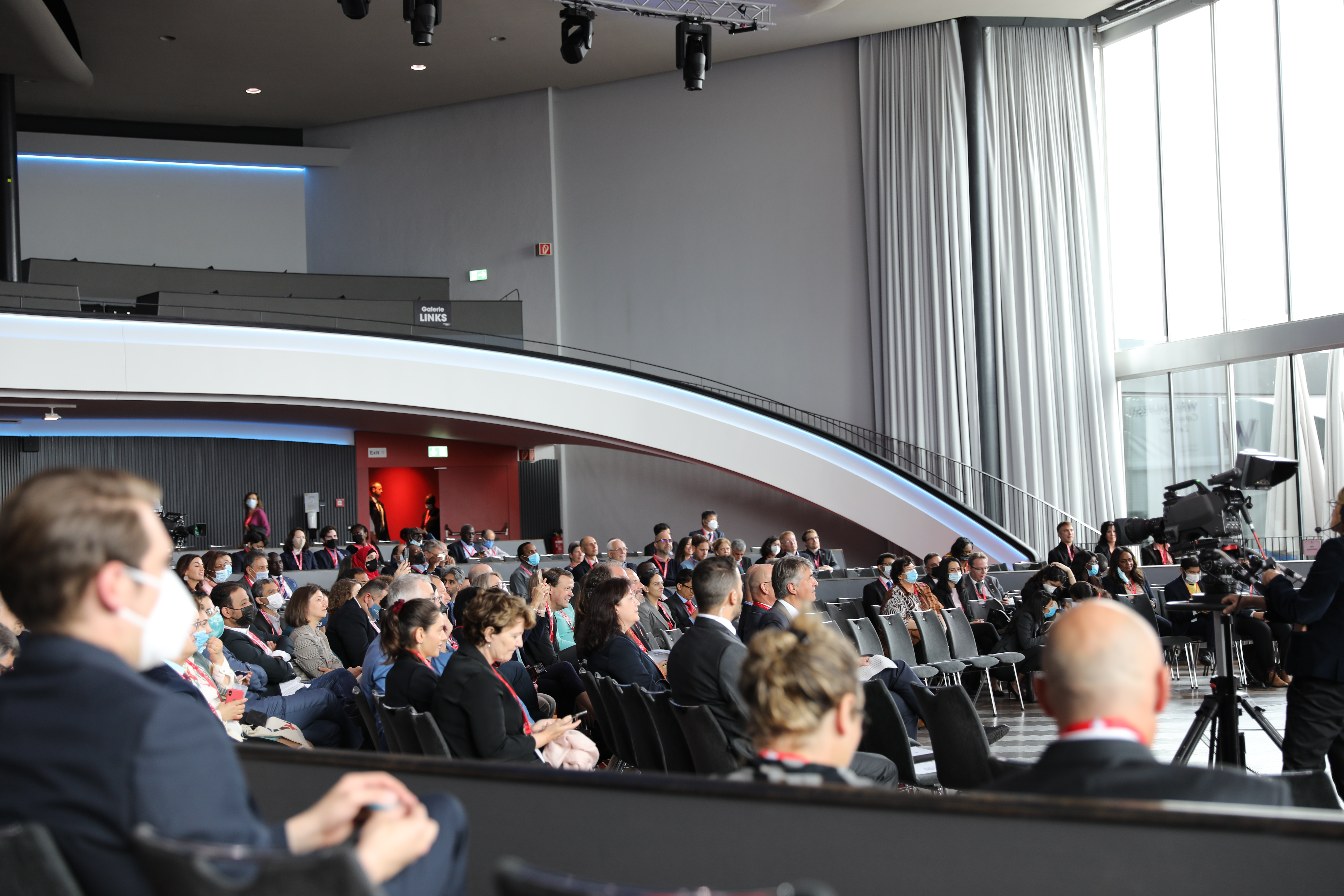 Subscribe to our newsletter to stay informed about PARIS21’s impact, publications and news from the global development data and statistics community.
Print
Share :