Ahead of the release of the UN Secretary-General's 2020 Report on Progress Towards the Sustainable Development Goals, PARIS21 received a record number of responses for the three SDG indicators for which it is custodian.

To help monitor and report progress on SDG 17 indicators 17.18.2, 17.18.3 and 17.19.1, PARIS21 received responses from over 50 percent of UN member states in each sub-region. The results of PARIS21's indicator reporting provide a global snapshot of statistical development under Agenda 2030. 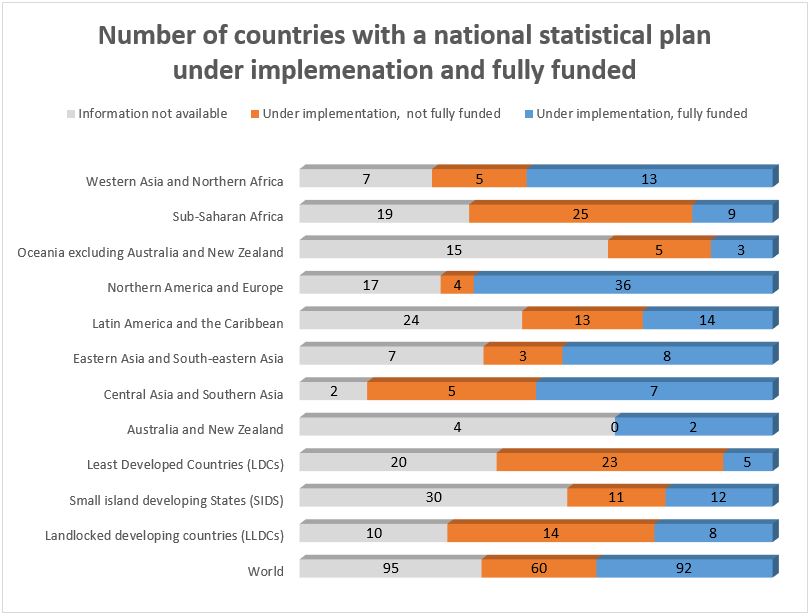 Why is it important?

By establishing a strong, coherent, feasible and politically backed national statistical plan, a country can establish a strategy for developing statistical capacity across the entire national statistical system (NSS). This strategic vision allows a country to ensure production and dissemination of core statistics in line with the country’s development plans and in response to the growing demand for high quality, timely and accessible data. It also provides a framework for mobilising both national and international resources.

International cooperation must focus on increasing support to statistical planning to ensure SDG data collection so that more countries can adopt national statistical plans in the critical effort to achieve Goal 17.

Davos
Six impressions of Davos from a first-timer
Upon mentioning, a few weeks ago, that I would be going to this year’s World Economic Forum in Davos, my colleagues’ reactions ranged from skepticism to incomprehension. ‘I(...)
Communicating on health data in Botswana
The use of data and statistics is vital for a functioning data cycle, andmedia and public relations professionals are important actors in ensuring that data and statistics are used(...)
PARIS21 and UNICEF partner to mainstream child rig(...)
In 2022, the UN Sustainable Development Report and Countdown to 2030 warned of a reversal of progress towards the SDGs with women, children and vulnerable populations bearing the b(...)
How a process mining project supported Brazil's ce(...)
As one of the world's largest and most populous nations, Brazil's census is a huge undertaking by any measure. However, after a two-year delay caused by the COVID-19 pandemic, (...)