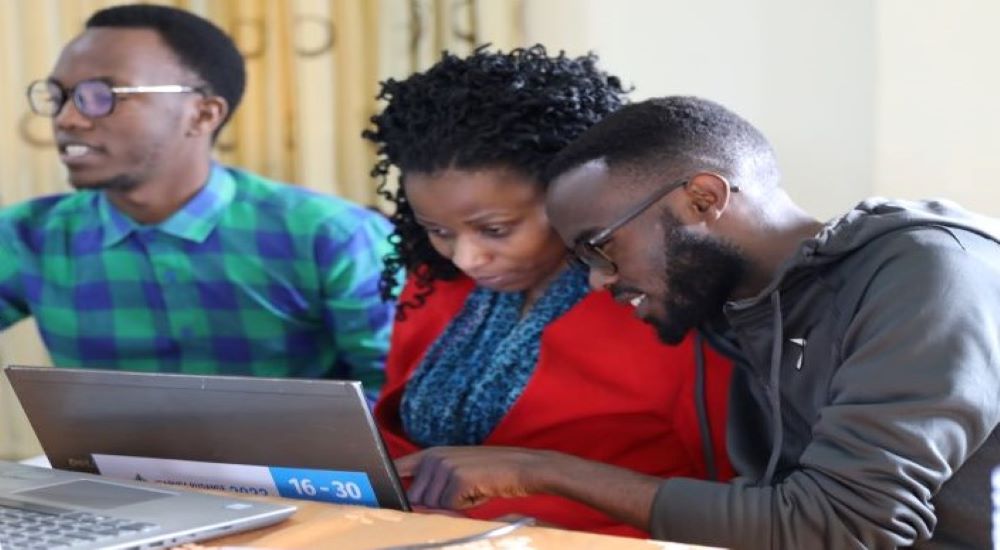 Journalists exploring Rwanda’s labour force statistics discovered a surprising amount of information at a training session on using gender data. Disaggregated data shows that women are more likely to be outside of the workforce than men, often due to their work as subsistence farmers. Understanding the reasons and implications of this is where a strong relationship between statisticians and media is essential. The National Institute of Statistics of Rwanda (NISR) has been a championing the importance of communicating statistics for several years, and as the country prepares to embark on its census data collection, PARIS21 is helping it strengthen its relationships with journalists to connect with the public.

At first glance a data table showing labour force participation rates disaggregated by gender incited groans of “boring”. An hour later an animated conversation was underway. First came suggestions for why women have relatively high rates of unemployment and underemployment and what impacts this has: are we educating girls to believe that they shouldn’t do certain jobs? Do women leave the workforce after marriage because of domestic duties? Are they restricted in terms of how far from the home they can take employment? Then the conversation moved to how to fix the problem: can we change our education system? How can we close the gender pay gap?

This training on gender data storytelling, organised along with PARIS21, was held in Muhanga, Rwanda from 6-10 June 2022 and brought 20 journalists together with statisticians from the NISR. With Rwanda’s census scheduled for August 2022, the NISR is strengthening its relationship with the media as an important vehicle to raise awareness of the census and foster trust and participation. Journalists are also being called on to make use of the data and communicate findings from the census. The NISR has organised workshops with the media annually for the last five years and is a champion of working together with the media in order for its data and statistics to be more widely disseminated and used in policy making.

An statistician from the NISR of Rwanda explains:

“As statisticians it is our job to provide data and statistics of good quality and as far as possible in accordance with international standards to ensure comparability. We survey citizens and we collect their answers, we map the trends and we publish the data; but it is not our job to analyse and understand why things are the way they are. That’s why we need to work with journalists. Journalists have analytical skills and they can ask the why questions”

In Rwanda, widely considered a development success story, agriculture remains the backbone of the economy, employing 70% of Rwandans and accounting for 30% of the economy. Women in Rwanda have a higher rate of labour underutilisation than men 65.4% compared to 52.4% for men and are more prevalent outside of the workforce – meaning those who are of an age to work and able to work but who are not employed or registered unemployed.

As a part of its efforts to improve gender equality, paying particular attention to the underlying and often invisible reasons for lower participation in the active labour force is vital. Bringing together the analytical skills of statisticians with the persuasiveness of journalists can help bring life to real world challenges that first appear as numbers in a spreadsheet.

The workshop in Rwanda was just one example of how learning about data and statistics on the composition of Rwanda’s workforce can turn into a discussion on what the impacts are and what societal considerations needed to be addressed in order to provide better opportunities for all. For data and statistics to be used in policy making, partnerships between statisticians and the media are vital.

Davos
Six impressions of Davos from a first-timer
Upon mentioning, a few weeks ago, that I would be going to this year’s World Economic Forum in Davos, my colleagues’ reactions ranged from skepticism to incomprehension. ‘I(...)
Communicating on health data in Botswana
The use of data and statistics is vital for a functioning data cycle, andmedia and public relations professionals are important actors in ensuring that data and statistics are used(...)
PARIS21 and UNICEF partner to mainstream child rig(...)
In 2022, the UN Sustainable Development Report and Countdown to 2030 warned of a reversal of progress towards the SDGs with women, children and vulnerable populations bearing the b(...)
How a process mining project supported Brazil's ce(...)
As one of the world's largest and most populous nations, Brazil's census is a huge undertaking by any measure. However, after a two-year delay caused by the COVID-19 pandemic, (...)