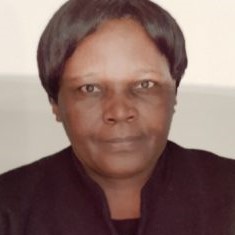 Ms. Malehloa Celina Molato is the Director of the Lesotho Bureau of Statistics. Following her studies in statistics and economics at both the undergraduate and postgraduate levels, she joined the national statistical offices as a compiler of economics statistics and later joined the national accounts section in Lesotho. Promoted to head of the Economics Statistics Division in 2007, she participated in and supervised the revisions and re-basing of national accounts estimates. She also coordinated the undertaking of several surveys and censuses including the household budget surveys of 2002/03, 2010/11 and 2017/18.  She is passionate about the production and dissemination of quality statistics with adherence to statistical best practices and use of technology for production of official statistics in a cost-effective way.