The PRESS 2018 provides a comprehensive snapshot of resources for statistics, showing that funding remains too low to meet national, regional and global targets.

In 2016, developing countries around the world received commitments to statistical development of about USD 623 million. It marks a 5% increase from 2015; this led to a rise in the share of official development assistance (ODA) dedicated to statistics, from 0.30% in 2015 to 0.33% in 2016. However, the current level of commitments is still insufficient to meet the need of recipient countries and the implementation of the Cape Town Global Action Plan. With the adoption of the Sustainable Development Goal (SDG) agenda and emergence of philanthropic donors, more contributions are expected in the next few years.

Support to statistics has remained stable globally but the share of Asia-Pacific region in global funding for statistical development has decreased during the 2014-2016 period to 11% compared with the 24% share in 2013-2015.  Some large projects committed in 2013 are no longer captured in the current round of estimates, specifically the Socio-Demographic and Economic Survey of Afghanistan (costing $47M) and the development of the Bangladesh Poverty Database (estimated $40M). 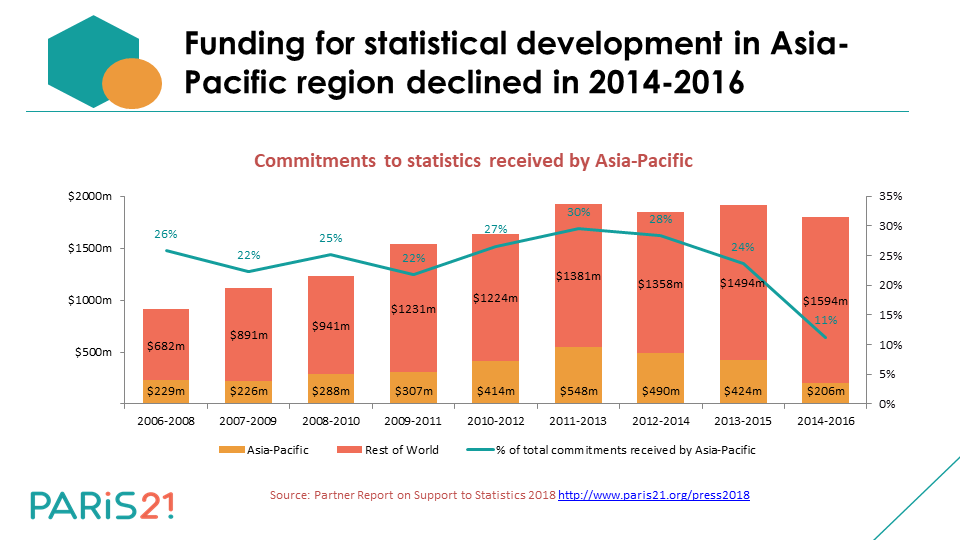 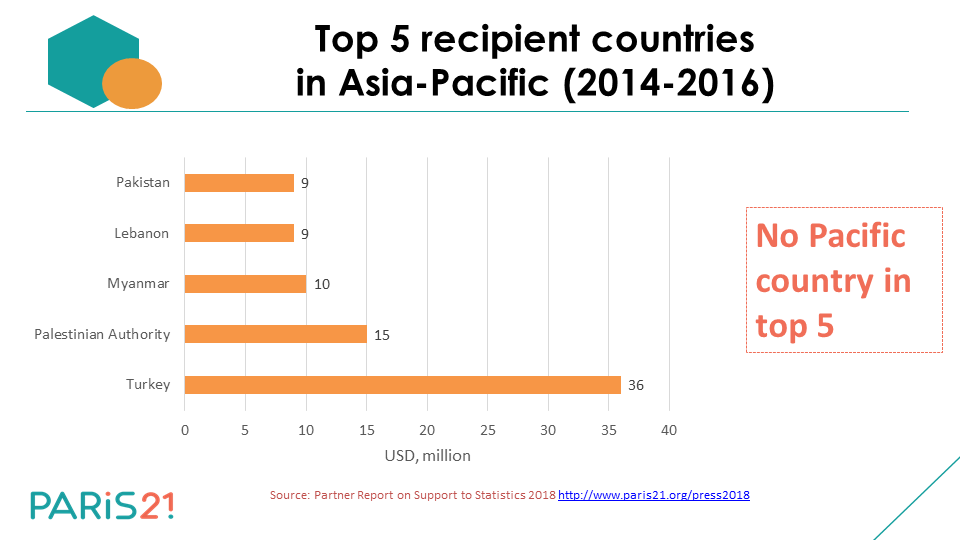 General statistical items and methodology received the most support by statistical area from 2014-2016. 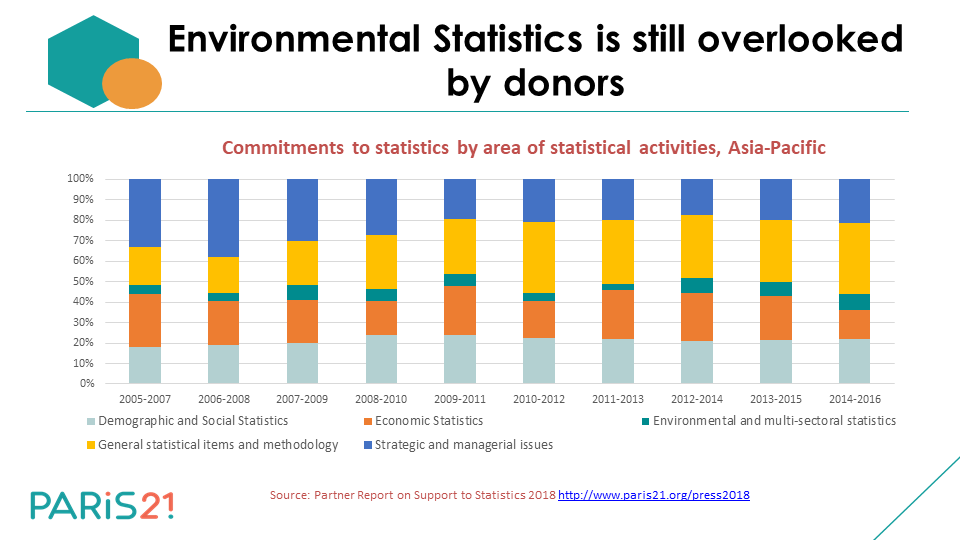 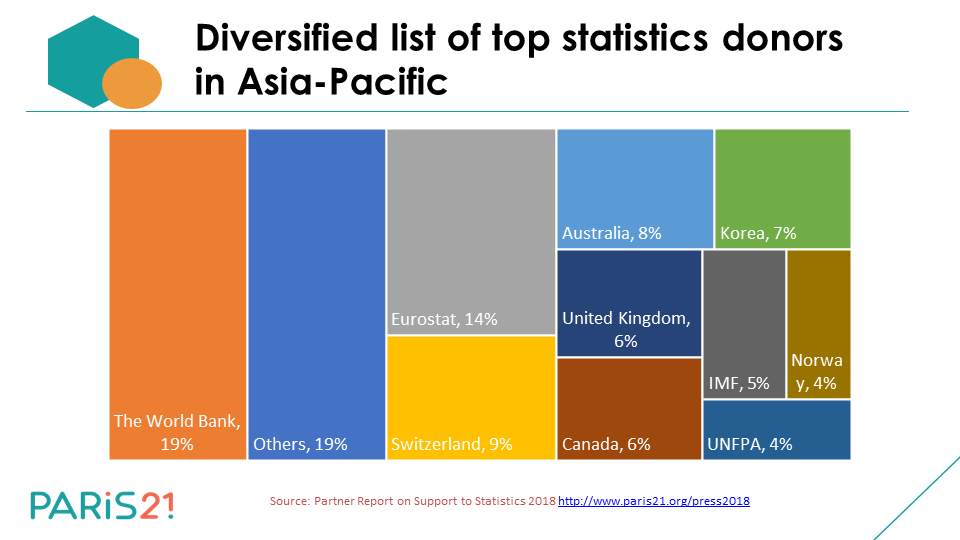 Commitments to Small Island Developing States (SIDS) remain at a low level despite the SDGs’ focus on the environment and climate change. Over the past three years, SIDS covered in PRESS received commitments worth approximately USD 33 million in total. 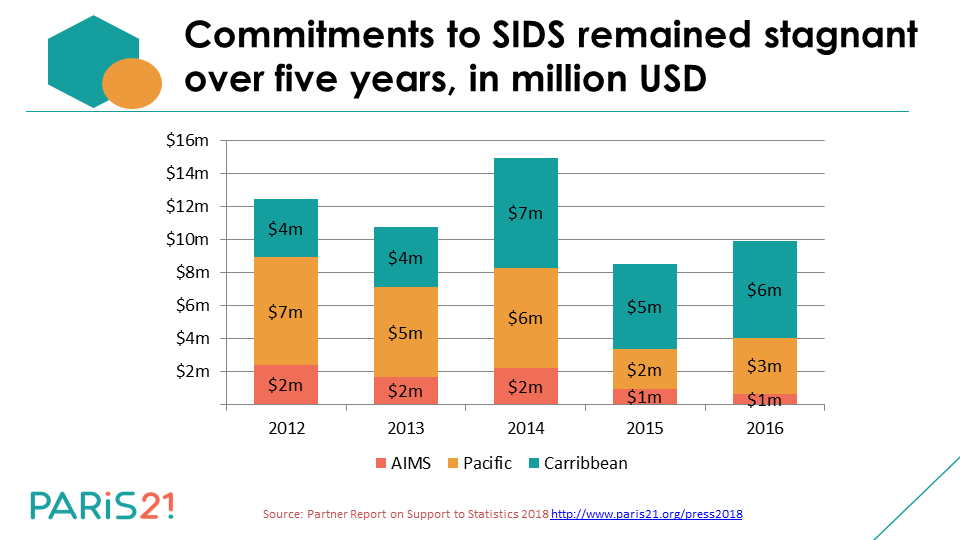 Most SIDS are lagging behind in terms of building statistical infrastructure and developing statistical planning. Only two SIDS (Timor-Leste and Solomon Islands)received more than USD 1 million in statistics funding between 2014 and 2016. 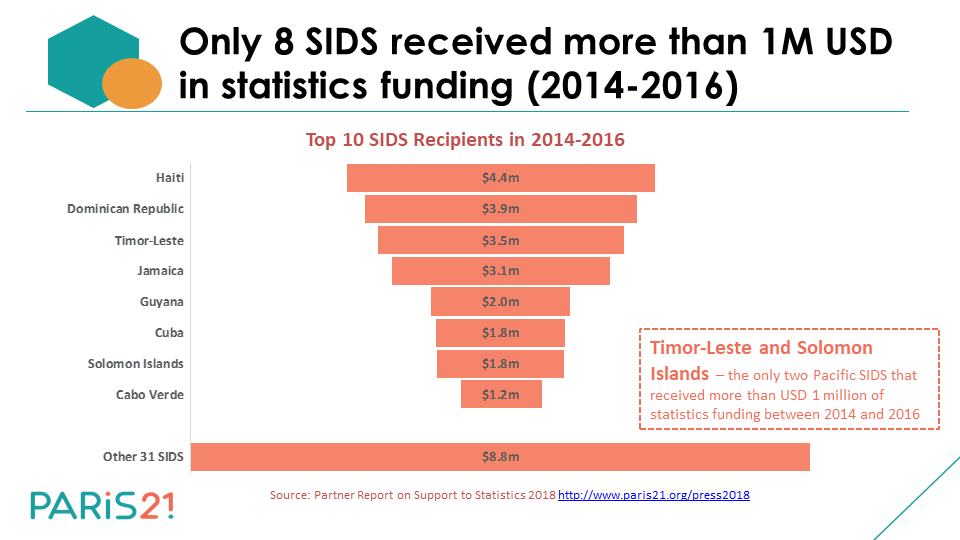 Commitments to SIDS are more concentrated in top donors. Over 70% of aid to SIDS came from five major donors: European Commission/EUROSTAT, IMF, Australia, the World Bank and UNFPA. 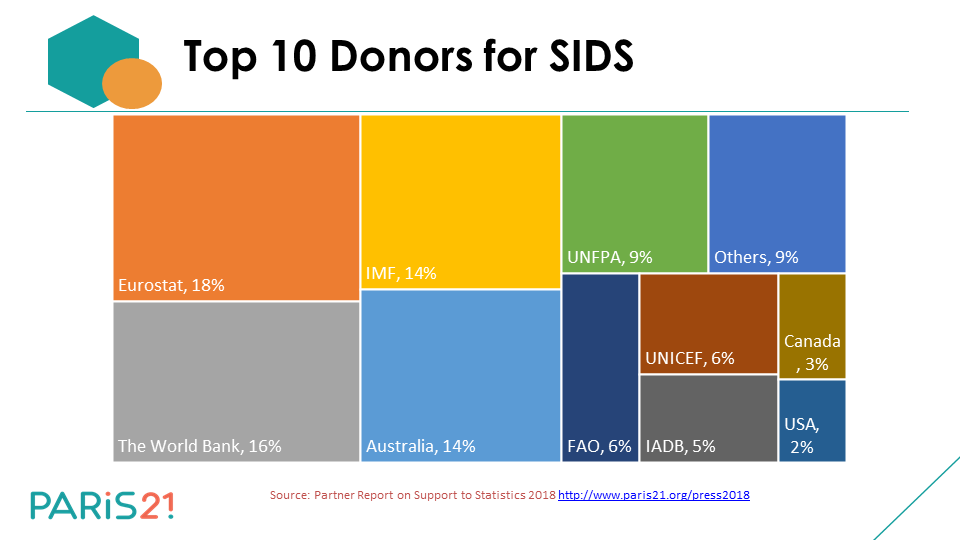